A little light history of Corfu

More than 150.000 Corfiots live on the island, of which approximately 40.000 reside in Corfu town, the capital. For centuries the Romans, the Byzantines, the Despots of Epirus, the Angevins, the Venetians, the French, the Russians, and the British occupied Corfu. Their influences are still shown in architecture and lifestyle of the inhabitants. It enriched the island and its people. After being a sovereign independent Kingdom, Corfu was finally re-united, on the 21st of May 1864, to Greece.

For the ancient Greeks, Corfu was a real Garden of Eden. Many writers and poets claimed the island as the most charming of the Greek archipelago. Many celebrities visited and settled on the island. Just a few who did were Greek hero Odysseus (Ulysses), the Austrian empress Elizabeth (Sissy) and the German emperor Wilhelm II. 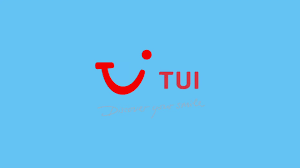 Corfu Villa Owners offers local accommodation owners a reputable website to advertise their accommodation. These are owners who would rather work on the independent tourist market rather than a major tour operator.

"Corfu Villa Owners" through Meander Travel is officially licensed by the Greek Ministry of Tourism (G.M.T). By Greek law it is obligatory to be licensed by the G.M.T in order to be a legitimate provider of travel services in Greece.

We use cookies to ensure that we give you the best experience on our website. If you continue without changing your settings, we'll assume that you are happy to receive all cookies from this website